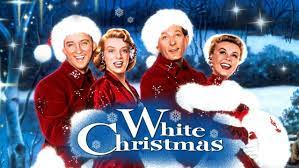 Join us for the classic 1954 musical directed by Michael Curtiz and starring Bing Crosby, Danny Kaye, Rosemary Clooney, and Vera-Ellen. Filmed in Technicolor, it features the songs of Irving Berlin, including a new version of the title song, "White Christmas."  Presented in conjunction with Swank Films.Tickets are $5 per person and may be purchased […]